This article is about TRANSFER FUNCTIONS OF CONTROL SYSTEM and focusing to the engineers, technicians and supervisors. You will find lot of documents related to this article. Just navigate our website www.paktechpoint.com  and find more articles. Please! Do not forget to subscribe our You tube channel also. Thanks in Advance. PLEASE SUBSCRIBE OUR PAKTECHPOINT YOUTUBE CHANNEL

“A process that results in transforming input signals into output signals.”
In studying the behavior of a system, the procedure is to model mathematically each element of the system and then to consider the interconnection of elements.
The result is described mathematically either in the time domain or in the frequency domain.

If a signal is known only at certain discrete instants of time, then it is known as a discrete time signal.

An important criterion that distinguished nonlinear systems from linear systems is the principle of superposition. Most natural systems are nonlinear.

A causal or non anticipatory system is one in which the output xo(t1) at any arbitrary instant t1 depends on its input xi(t) in the past up to and including t = t1.

A system whose response either oscillates within certain finite bounds or grows without bounds is regarded as unstable. If for every bounded input the output is bounded, the system is said to be stable.

• In the deterministic case, the signals and the mathematical model of a system are known with certainty and the time behavior can be reproduced by repeated experimentation.
• In the stochastic case this not possible due to uncertainty that exists either in its model parameters or in its signals or in both. The values of the signals or the variables occurring in the system can only be estimated. The results are presented as expected values together with the bounds of error.

There are two general approaches controls analysis and design.

This principle states that the response produced by the simultaneous application of two different forcing functions is the sum of two individual responses. Hence, for the linear system, the response to several inputs can be calculated by treating one input at a time and adding the results.

A Linear TimeInvariant system LTI can be described in two ways:
A Linear Constant Coefficient Differential Equation (LCCDE)
A Transfer Function: Every system described by an LCCDE has a TF (and vice versa)

The term is often used exclusively to refer to linear, time invariant systems (LTI). Most real systems have non linear input/output characteristics, but many systems, when operated within nominal parameters have behavior that is close enough to LTI system theory an acceptable representation of the input/output behavior. 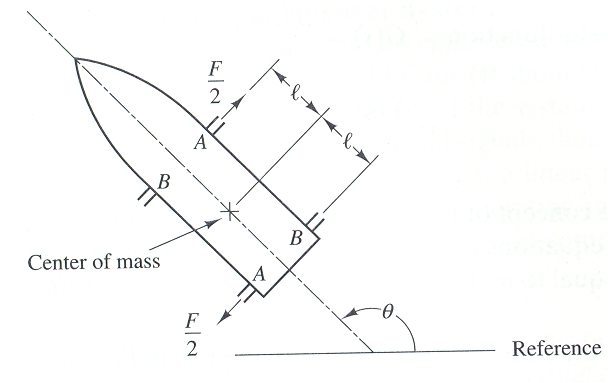 “A block diagram of a system is a pictorial representation of the functions performed by each component and of the flow signals. Such a diagram depicts the interrelationship between components.”

• All system variables are linked to each other through functional blocks.
• The block is a symbol for the mathematical operation on the input signal to the block that produces output.
• The transfer function of the components are usually entered in the corresponding blocks.

• The blocks are connected by arrows to indicate the direction of low of signals.
• The signals can pass only in the direction of arrows.
• The arrowhead pointing towards the block indicates the input , and the arrow head leading away from the block represents the output . Such arrows are referred to as signals.

• The summing point is represented by a circle. The signal out of the summing junction is equal to the sum of signals into the junction, with the sign of each component determined by the sign placed near the arrow head of the

• A point from which signal from a block goes to other blocks or summing points is called branch point.

1. It is easy to form the block diagram for the entire system by merely connecting the blocks of components according to signal flow.
2. It is possible to evaluate the contribution of each component to the overall performance of the system.
3. In general the functional operation of the system can be visualized more readily by examining the block diagram than by examining the physical system itself.

PROCEDURE FOR DRAWING A BLOCK DIAGRAM:

Following procedure is adopted:
• Write the equations that represent the dynamic behavior of each component.
• Take the Laplace transform of theses equations, assuming zero initial conitions.
• Represent each Laplace transformed equation individually in a block form.
• Finally assemble the elements into a complete bock diagram.

When the summing point is moved towards the right of the block, the feedback function is multiplied with the block or the transfer function.
2. Moving summing point to left of block:

When the summing point is moved towards the left of block, the feedback function is divided by the block or transfer function.

When the branch point is moved towards the right of block, the output is divided by the block or transfer function.

4. Moving a branch point to the left of block:

When the branch point is moved towards the left of block, the output is multiplied by the block or transfer function. 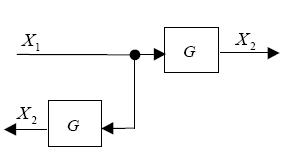 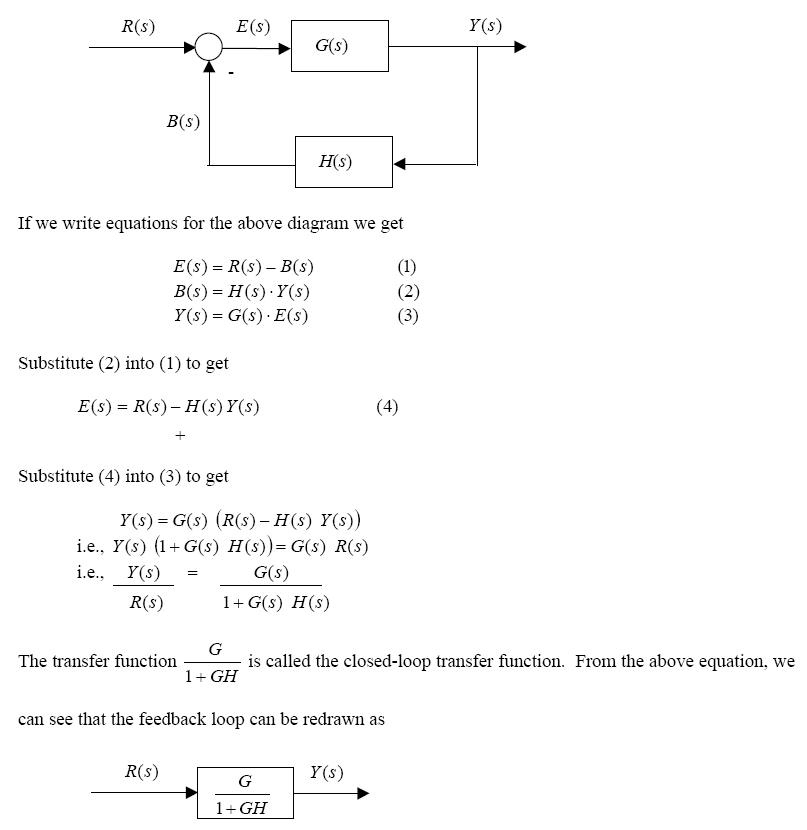 Therefore, the equivalent diagram is